So… is email marketing dead?

Absolutely NOT! However with the way most small businesses use it, you would certainly THINK SO.

In this video, bestselling author and Infusionsoft Certified Partner Dean Mercado offers 3 Ways To Raise Your Email Marketing From The Dead!

Hi I’m Dean Mercado from Online Marketing Muscle and what an intriguing question isn’t it?

Now if you looked at most small businesses and how they use email marketing you would certainly think that it was or that at least that it was in the process of dying!

However, in my opinion, it is absolutely not dead!

It is alive and kicking!

The problem is we don’t use it very well as small businesses.  So what I’m going to present to you here today is three ways to raise your email marketing from the dead. 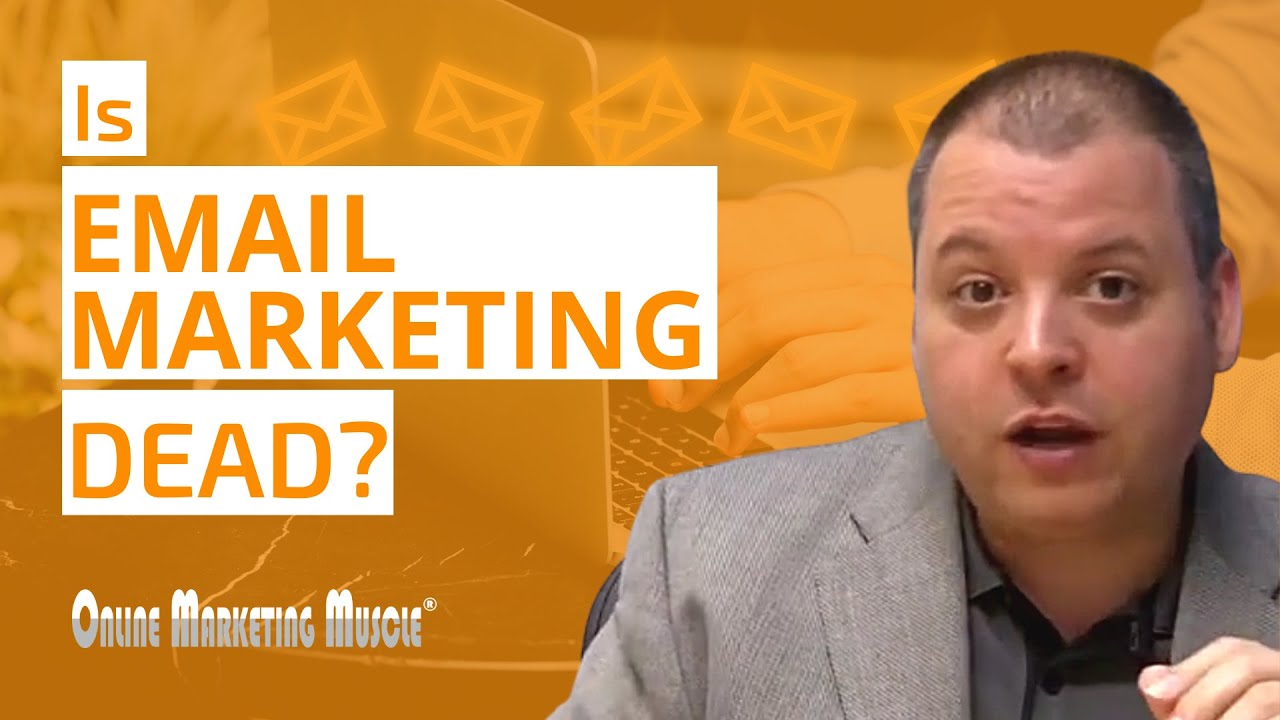 Let me just throw that out there.

So it’s not enough these days to have a list of 1,000 contacts, prospects, suspects, clients and just keep blanketing or as we say,  I need to say it this way, vomiting your email messages all over your audience whether they want them or they don’t!

That kind of blanketing email just doesn’t cut it anymore!

So segmenting is the answer.

Being able to do this profiling, each person in your list a little bit so that you can get a little bit more strategic and intelligent about what you’re sending to whom.

That makes your emails a lot more effective!

Now some email marketing systems just flat out don’t have the ability to segment.  If yours doesn’t you ought to think about changing it to one that does.

We are fans of Infusionsoft here.

Infusionsoft is way more than email marketing and it’s ability to segment is second to none!  There really isn’t anything out there that can do that job that way, that we’ve seen so far.  At least at the time of this recording.

Second big thing that we can do to undead or to raise our email marketing from the dead would be to make sure that we’re focused on quality, not quantity.

Especially when you really don’t have much to say!

It’s about making sure that when you do say something it’s impactful.  It gets the job done.

You’re better off slow it down and make your writing a little bit more powerful than just throwing out junk and filling the air waves with some more clutter.  Clutter is not good.  There’s too much of it going on.

If you play at all on social media you know what I mean.  It’s just overwhelming!

The people putting out those messages and getting seen as people adding clutter are not the ones that are going to get the attention.

But you’ve got to have some people that you pay attention to that you’re like, “oh this is from so and so, let me read this”.  Well that’s what I’m talking about.

Making sure that your emails are quality.  Not necessarily quantity.

Nobody wants to hear from you 20 times a day.  I’m sorry I don’t care what you have to say.

Make sure that you time these things out appropriately.

Now on the flip side, you’ve got to send enough emails so that they still remember who you are!

So if you’re not sending out something at least once a month, not good.

You probably ought to up the frequency a little bit.  But again, it’s still about quality, not quantity.

Make Your Headlines Stand Out

And the third big tip that I want to make sure that we get across to you here today is that it’s all about your headlines.

You’re segmenting me now, you’re hitting me with the right frequency, you’re not overdoing it with me, but even then I see the email come in and you’ve got to have the headline or the subject line that gets me to want to open it up.

If it’s boring and humdrum I’m not opening it up.

If it’s more polarizing and more like in your face kind of a little startling great!  Absolutely!  Or if it seems powerful like, 3 tips to something, great!

Don’t be afraid to really add some shock value there because the purpose of that subject line is to get someone to open the email.  So if you’re not seeing the open rates that you want to see, if no one is reading your stuff, change it up!

Think about these three things that I’ve mentioned here today.

What were they again?

Oh I’m so glad you asked.

First one, segmenting.  Make sure you are segmenting your list properly and you’re only sending things to people who want that something.

The second big thing is quality versus quantity.

And the third big thing is you’ve got to make sure your headlines rock!

2 thoughts on “Is Email Marketing Dead?”