Are You Making This Massive Marketing Mistake?

In marketing, timing and targeting are everything. Watch this video and identify if you are making a massive marketing mistake by providing the wrong marketing message to the wrong audience at the wrong time. 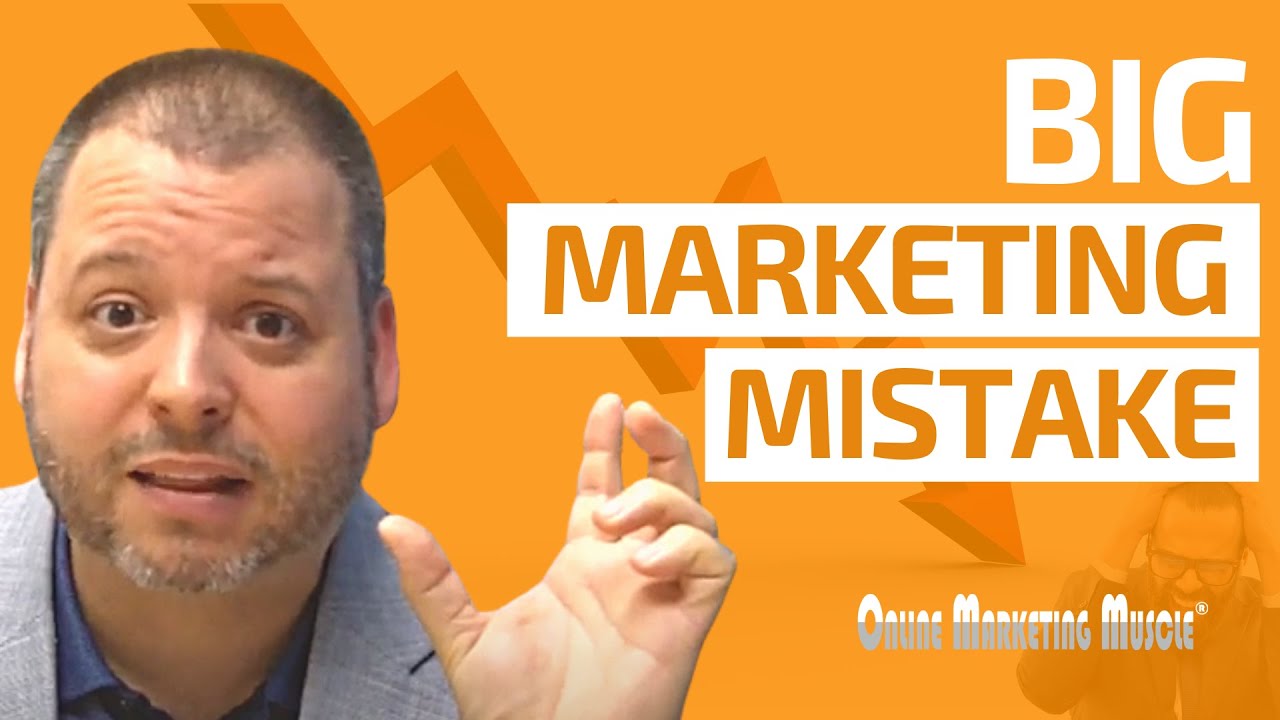 Let me ask you, are you making this massive marketing mistake?

Hi, I’m Dean Mercado of Online Marketing Muscle and the mistake that I’m speaking of is trying to provide the wrong marketing information at the wrong time to the wrong audience.

Now while that may sound like common sense, I’m a little hesitant to think that it really is, because it’s a problem that we see many businesses stumbling into over and over and over again. Let me explain.

Typically a prospect is going to go through several different states when they’re in the buying process. We tend to prescribe here at Online Marketing Muscle to one that’s put out there by a company called HubSpot and essentially there’s three stages. There’s a very simple model, there’s an awareness stage and that’s where the prospect is maybe just starting to become aware that they have a problem in the first place that they want solved. Then there’s the middle stage. The middle stage is kind of where it’s what we call their consideration stage, where they’re considering maybe solving that problem. Then there’s the decision stage. That stage is typically where they’re ready to buy.

Now the problem is, most marketing gets thrown at everyone in the target market as if they’re ready to buy, not whether they’re in the awareness stage, the consideration stage. So if we throw the wrong marketing at somebody in the awareness stage, number one, we’re going to overwhelm them, number two, they don’t even realize that they’re looking to buy at that point, so they may come out of that experience with the wrong impression of you.

Here’s what I’m suggesting: If we look to market toward the folks that are in the awareness stage, we might want to provide them with educational material, webinars that are more like a one-on-one level, ebooks, special reports, helping them understand that if they have this scenario going on, that they may want to consider solving it with this, or something like this. It starts to build an awareness that they may have a problem in the first place and it can be solved and life could be grand afterwards. So 101-style educational content.

Then in that that middle stage, when they’re kind of contemplating, they’re considering solving it, this is what we call the due diligence phase, where they’re doing their research, they’re doing their homework to see is it worth solving? Or we’re just better off just leaving it alone? While they’re in that consideration phase, the kinds of materials you may want to put forth toward them are things like pros and cons-type documents. Things like checklists, things that will help them kind of gauge whether or not it makes sense to do anything and to make a decision to buy.

Then once they get through that phase and they get to that third phase, they’re ready to buy. They’re nurtured, they feel good about it, they know they’re going to buy, it’s a matter of who are they going to buy from and what exactly are they going to buy? Typically they have a good idea of what it is they’re looking for at that point and what we’re looking to provide them there might be in the form of a strategy session, a walk-through of some sort, some way of saying, “Okay, we have this solution to solve your specific problem.”

Dean Mercado, Online Marketing Muscle, love to hear what you think about this and here’s to your success.