Social Media ROI: Is It Worth It? 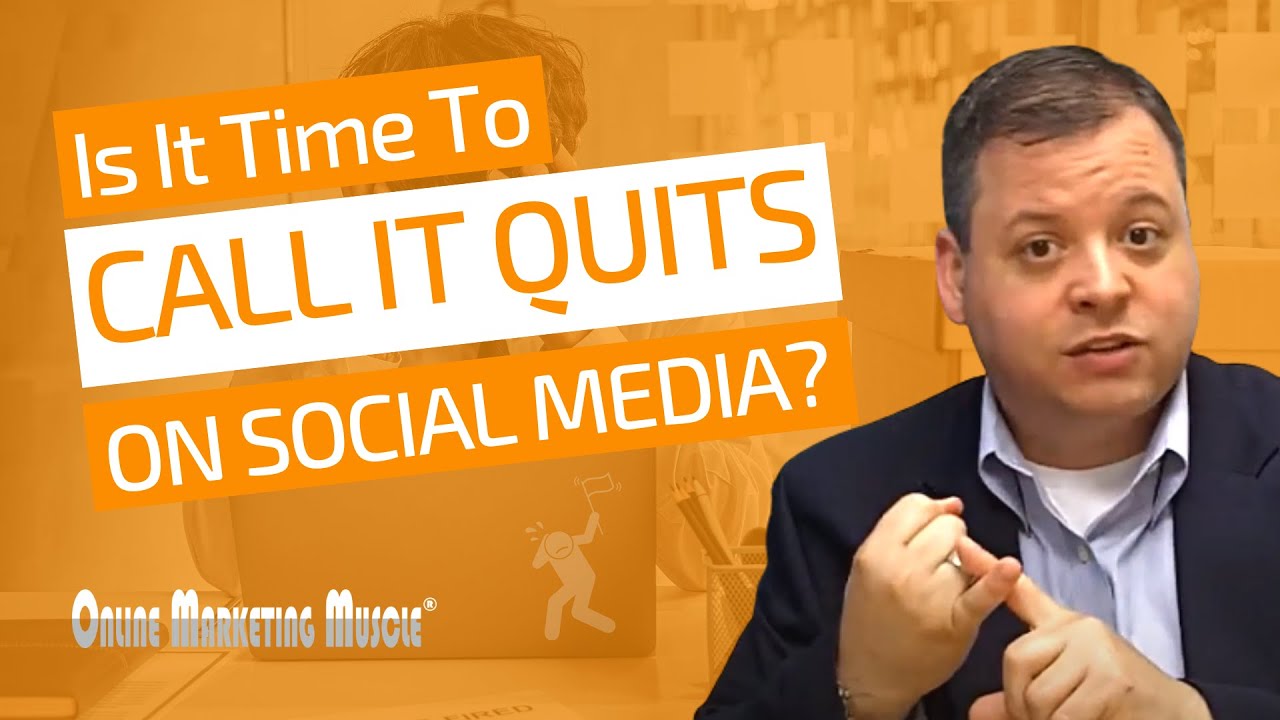 Do you use social media to grow your business? Ever wondered whether or not (or when) to call it quits with Facebook, LinkedIn or Twitter? Well that is a question we were asked us recently. You need to know your social media ROI.

The question was simply “How long do I give a social media site before I call it quits?” And I gather that they are looking for how much time how much should I invest in that site before I say you know what, it’s just not paying off for us.  It’s a great question.  And it’s a question we should all be asking. We should have measurements in place to help us understand whether or not something is working for us. And that’s applicable to all marketing whatsoever. I’m a big fan of the numbers don’t lie. If you can’t measure it, it’s not real.

So when it comes to social media and I’m going to broaden this to networking in general because what you’re doing on these sites in most cases whether it be Facebook or Twitter or LinkedIn or wherever it is on social media that you’re playing, you are networking per se. Now there a lot of schools of thought out there that say it takes time to network and to develop relationships. Well yeah, that’s all fun and great, and I get that, I’m a little bit more impatient about that.

I’m a firm believer that wherever you’re going to play, play hard. So if you’re going to invest time in any social media site or any networking venue, go at it. Give it everything you’ve got. Step into that organization, that networking site, that social media site with a plan. Know why you are there. Know that your target market is there. Make sure your target market is hanging out there and enjoys spending time there because if they’re not there you’re kind of speaking on deaf ears anyway. Regardless of where you networking or where you are spending your time, make sure it makes sense. Give it everything you’ve got, play hard and make sure your target market is actually there.

With all those things being as they may, let’s say you have invested everything , you’ve got a great plan and you’re giving it everything you’ve got. You’re doing what you need to do when you’re there. I’m of the mindset 3 to 6 months tops. And if in the first 3 months you should see some sort of return on investment. You should see things starting to bud. Maybe they don’t pan out financially like you’d like to, but you’ve got to see some level of promise and you should understand for yourself what that level is.

The salesmanship in me says you know what, go where you have to go, do what you have to do in that case. If it’s not panning out, what are you in business for? Is it a hobby or is it a social activity or are you in it to actually generate leads and prospects and generate business. Again, I’m going to make another assumption that you’re in this for business. So if you are 3 to 6 months tops you should start seeing something happening for you. Now also as I was saying before wherever you’re going to play, play hard. Make sure that you’re approaching it the right way.

And I always go under the mindset of if you’re playing on social media make sure you’re doing two things in a major way. You’re doing “edurtainment” and that’s the combination of two words education and entertainment because people these days, they want to be entertained. It’s not enough to teach them something. Teach them with humor, teach them in a way they like to receive information. We enjoy being entertained. We’re from a video-based generation. TV based generation as I call it.

We like to watch, we like to be entertained. Understanding that “edurtainment” is the big first piece of this. The second piece is engagement. So if you’re just throwing information out there, and there’s no interaction, no conversation, no engagement going on something’s not right and you need to check it. Either it’s how you are coming across or your target market’s not listening, whatever it is it’s time to figure it out. Put some checks and balances in place to make sure.

Hope this answers your question. In regards to how much time should you spend and remember same applies to any networking group you might belong to. Whether it’s an organized networking thing or whatever it is. Anywhere you are spending your time in that fashion where you are looking to connect with people. Three to six months you should be able to get a good gauge on whether or not it makes sense. But invest those three to six months. Play full out as we call it.

If you’re not willing to play full out in those places, don’t play there, go somewhere else. And also don’t play in too many places at one time because you’re watering yourself down. In other words there’s only so many places you’re going to be able to play where you’re going to be ultra-effective. If you start finding yourself in five or ten different social media sites, chances are you’re probably not doing any one of them very well. Pick one, pick two, three on the high side and go at those. 14 thoughts on “Social Media ROI: Is It Worth It?”