Check out the video and see what I have to say about this “new marketing”. 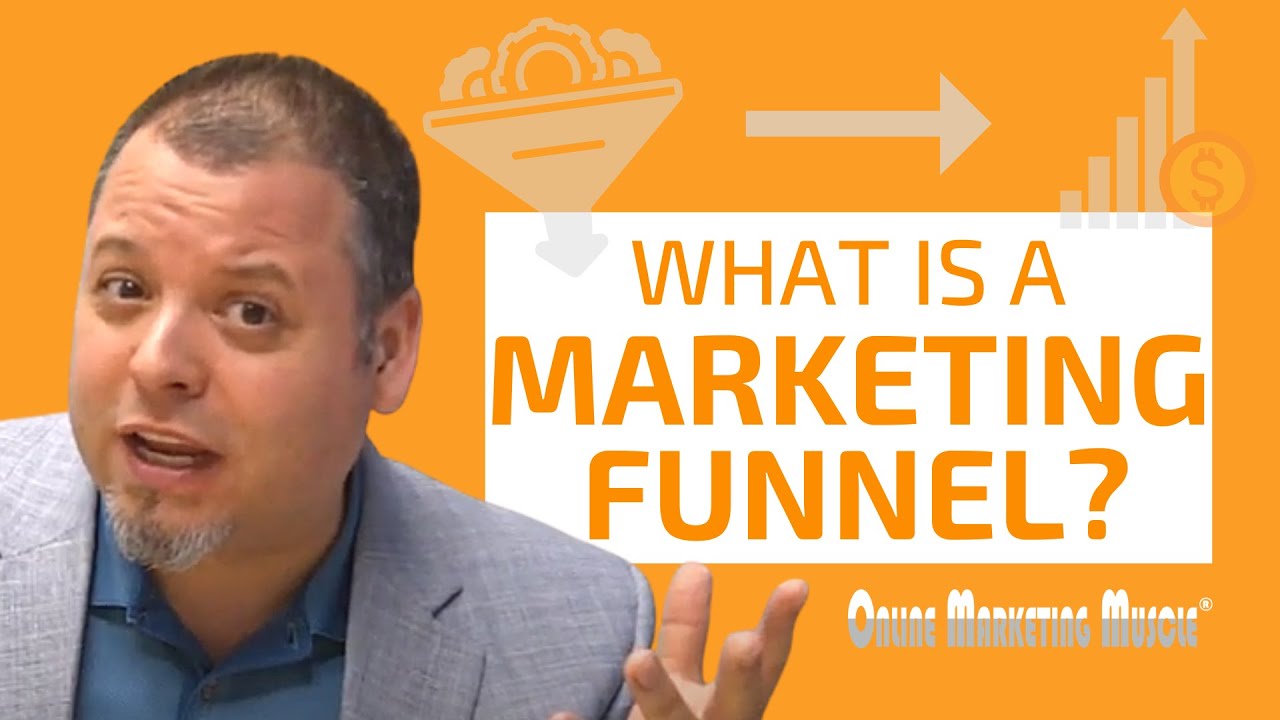 Is your marketing set up to fail? Let’s dig in!

Hi I’m Dean Mercado of Online Marketing Muscle and what I have for you here today is a concept that I’m dubbing “The New Marketing”.

Now is it really new? No, not really. But I’ll tell you what, the rock stars out there in the marketing and sales world have been doing this stuff for years. And you know what? The rest of us have not. And the question is why? Why haven’t we?

Let’s take a look or step back and let’s say, let’s see how everybody’s doing marketing out there now. Right now we’ve got a lot of people doing a lot of things. We’re creating a lot of clutter across every single platform and medium out there today. Just go on Facebook and you’ll know exactly what I mean. So more of that, is that going to work? Definitely not. You might get lucky, but what you’re doing really is you’re really wasting a lot of time, money, energy on things that just aren’t cohesive, things that aren’t integrated.

So with a funnel, I want you to imagine a funnel (and a funnel is not a new concept but imagine a funnel this way), we’re going to first use one tactic or strategy to drive traffic into that funnel. Then we use another tactic or strategy to convert that traffic into leads for us to use in our business and to market and sell to further. And then what we want to do is we want to engage that traffic and ultimately sell to that traffic. So we’re pulling them down deeper into the funnel. Now what we’re talking about is using numerous different tactics that combine then they combine together are really effective.

Let me give you some examples is probably the best way. We might use as a tactic to drive traffic maybe a Facebook ad. So we’ve got a Facebook ad and we’re driving traffic from that Facebook ad to maybe a webinar that we want to put on. So we’re driving traffic to a webinar and while we’re doing that webinar we have some sort of a call to action. If whether or not that person busy right then and there, the person who attends our webinar, we back that up with a system aimed at follow up and follow through. Some of that follow up and follow through should be automated and some should not. It depends on your scenario and what you’ve got going on.

Let me give you another example. We might use a Google Ad as our traffic, to drive the traffic in. Then we might drive them to a landing page which offers them a free checklist or a free special report. We call those lead magnets. So we might all go from Google Ads, drive them to a lead magnet with the intent of converting that lead magnet by getting them to sign up, to grab it. Once they sign up, we put them in our marketing automation system to now market to them with the intent of nurturing, educating and eventually converting them to a sale. Again, that’s an integrated system. So I want you to think of your marketing and your sales process like that going forward.

Are the pieces in your marketing integrated? Are they meant for one piece to tie into the next piece, to tie into the next like a perfectly organized chain? That’s what I want you to think about. That’s what I’m calling the new marketing. The rock stars have been doing this for a while now and the rest of us, I don’t know what’s going on folks but either we don’t know it or we’re just missing the boat here.

So what I’m challenging you to do is to think about your marketing a little bit differently going forward. Alright think of it in terms of funnels, as integrated systems. So yeah it’s perfectly fine if you want to use LinkedIn in your business, or you want to use Facebook or some other social media tool in your business, that’s great, but how is it integrating with your lead conversion parts of your marketing? How are you converting that audience you have on Twitter let’s say and getting them onto your CRM, your customer relationship management system so that now you can do some marketing automation and market to them effectively going forward. So it’s a little different and with your traffic, driving traffic it doesn’t always have to be a paid thing either.

You could start out with a blog post that you share on social media and on that blog post when they go from social back to your blog to read your blog post, you have a call to action on that blog post which then gets them to do whatever it is you want them to do. So your call to action or your lead magnet or whatever it is, it just has to be something that they would be interested in doing, having, buying, getting their hands on and the more juicy it is, the more sexy it is, the more likely they are to do it.

So again, the new marketing. We’re talking about funnels you may have heard of them you may have not. The question is are you using them? Or are you creating clutter?

Here’s to your success.