Home » Online Marketing Muscle Blog » Who Me… A Twitter Snob? 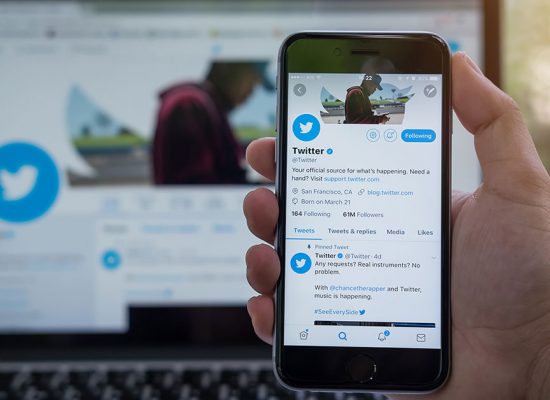 “You’re the average of the five people you spend the most time with."

To this day, I still remember Mom saying to my brothers and me “I don’t want you hanging around with that kid… he’s nothing but trouble!” Of course back then we didn’t see it that way however many years later, now a Dad myself, I understand where she was coming from. She believed that our peers significantly influenced who we would become in life.

Fast forward to the modern day, Mom’s message still resonates. Until recently, on Twitter I’ve for the most part operated under the premise of follow me and I’ll follow you back. I never understood what harm it could do by just following anybody and everybody. Was I being ignorant? Unfortunately if I wanted to increase my results online I was.

In today’s online world, Mom’s philosophy is more true than ever… not solely of course however we are being judged and prejudged based on who we hang around with.

First up… Google. In a nutshell, one of the key factors on the success of how well your web site ranks in Google is due largely in part to what web sites we link to and more importantly what web sites link to us.  The more credible (and complementary) the web site linking to and from us, the better we rank. The better we rank the more opportunity opens up.

Second up… Klout.  In a nutshell, Klout measures your online influence. I believe it started with social media sites like Twitter, and then expanded to others such as Facebook, LinkedIn, YouTube, and more. One of the key factors that Klout appears to rank (or judge) you on is based on whom you follow, connect, or link to on these sites. Hang around with those who are less of a social media dynamo then you, your Klout score goes down. Pal around with the Twitter elite, your Klout score goes up.

Now of course these are not the only factors that play into how well we rank in Google or how high our Klout score is, however they appear to be significant.

And be sure to understand that people you may want to connect with are checking you out online first… prospects Google you before they meet with you… the Twitter elite check out your Klout score before following you… and so on. Yes, whether right or wrong, we use these tools to judge people.

So for the first time after several years on Twitter, I began heeding Mom’s advice (to a degree) and started looking into ways to improve my Klout score… here’s where my competitive nature reared its ugly head…one such way was simply to unfollow those with low Klout scores while interacting more with those who had higher Klout scores than me. Now rest assured that my sensitivity wouldn’t allow me to be ruthless here, however I did unfollow about 25% of those I was following. I cut those who hadn’t tweeted in over 6 months. I cut those who either weren’t following me back or willing to engage in the social networking aspect of Twitter (not including major personalities, news sources, and other entities I like of course). I cut the spammers. I cut those who appeared to be using the distasteful tactic of “I follow you… you follow me back… I unfollow you so I bulk up my number of followers while keeping the numbers I follow small… oooh I don’t like that one.

So the big question is… Is being more selective on whom I follow snobbish? Have I become a Twitter snob?

What about you? Are you a Twitter snob? I’d love to hear your story! Dean Mercado, Founder and CEO of Online Marketing Muscle and #1 Best Selling Author of “The MindStretch: 49 Inspiring Insights For Business Breakthroughs” is a well-respected small business coach, author, and speaker with expertise on helping small business owners around the globe, raise their game and level up their business!

Send this to a friend